A huge rock slide struck the Rocky Mountain Industrials (RMI) limestone quarry around 3:30 p.m. on the afternoon of Wednesday, Jan. 18, 2023.

No one was injured in the slide, and RMI reported the incident to the U.S. Bureau of Land Management, according to Larry Sandoval, manager of the BLM Colorado River Valley Field Office in Silt.

A person who was in the Transfer Trail area heard the collapse occur, and described the noise as “multiple jet planes grumbling, getting closer and closer and getting louder and louder, for about 15 to 20 seconds.”

After the slope stopped moving, the person looked at the quarry and observed a front end loader and a backhoe moving rock materials at the foot of the slide area.

On Thursday morning, another person observed seven vehicles parked at the mill site.

The collapse occurred midway through a month of high snowfall levels. It also comes four months after BLM cited the quarry operator for “a current highwall configuration that does not comply with the approved plan.” 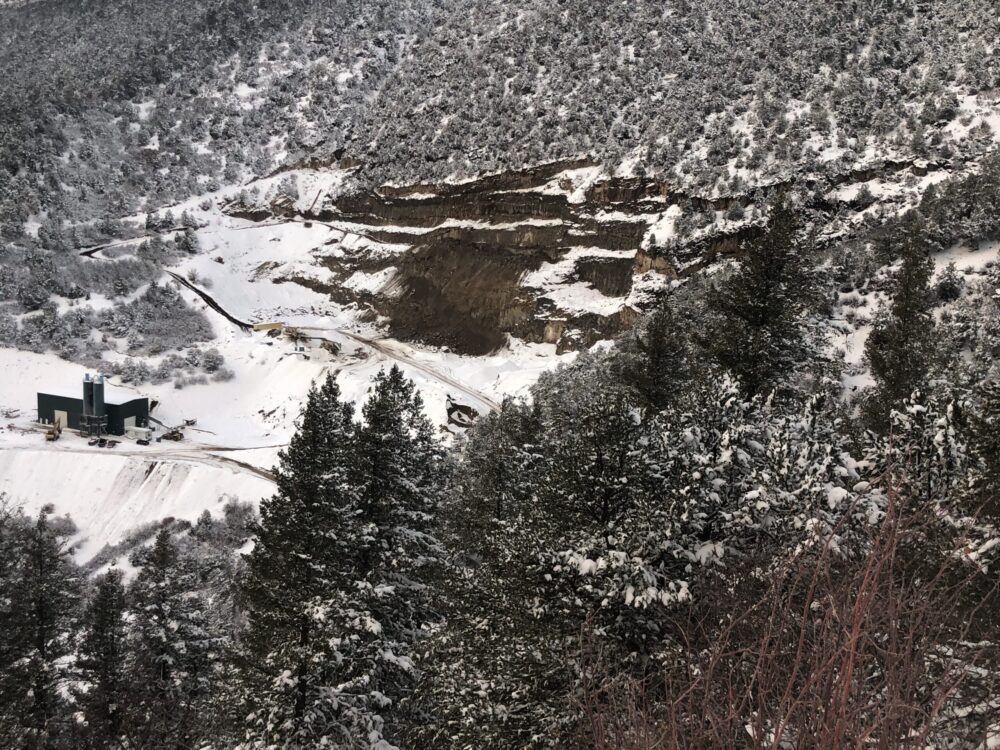 For perspective, this image of the limestone quarry was taken on December 8, 2022. 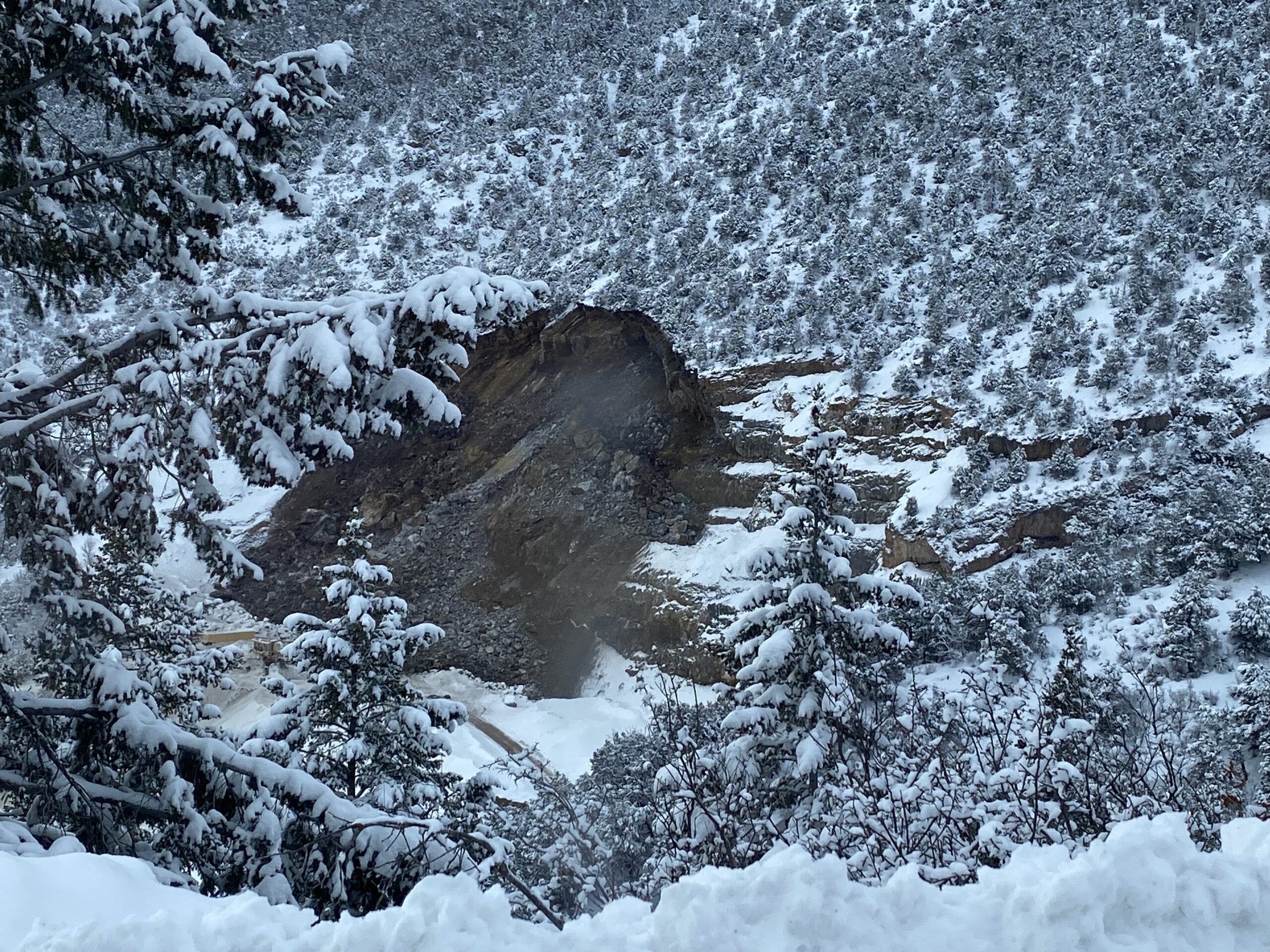 This image was taken at 3:54 p.m. on Wednesday, Jan. 18. Notice a dust plume visible in the lower right area of the slope collapse. 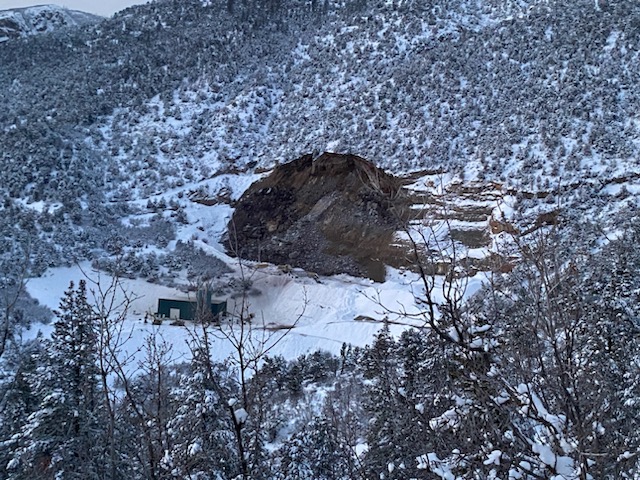 This image was captured at dusk on Wednesday, Jan. 18, after the Glenwood Springs Citizens’ Alliance learned about the slope collapse. 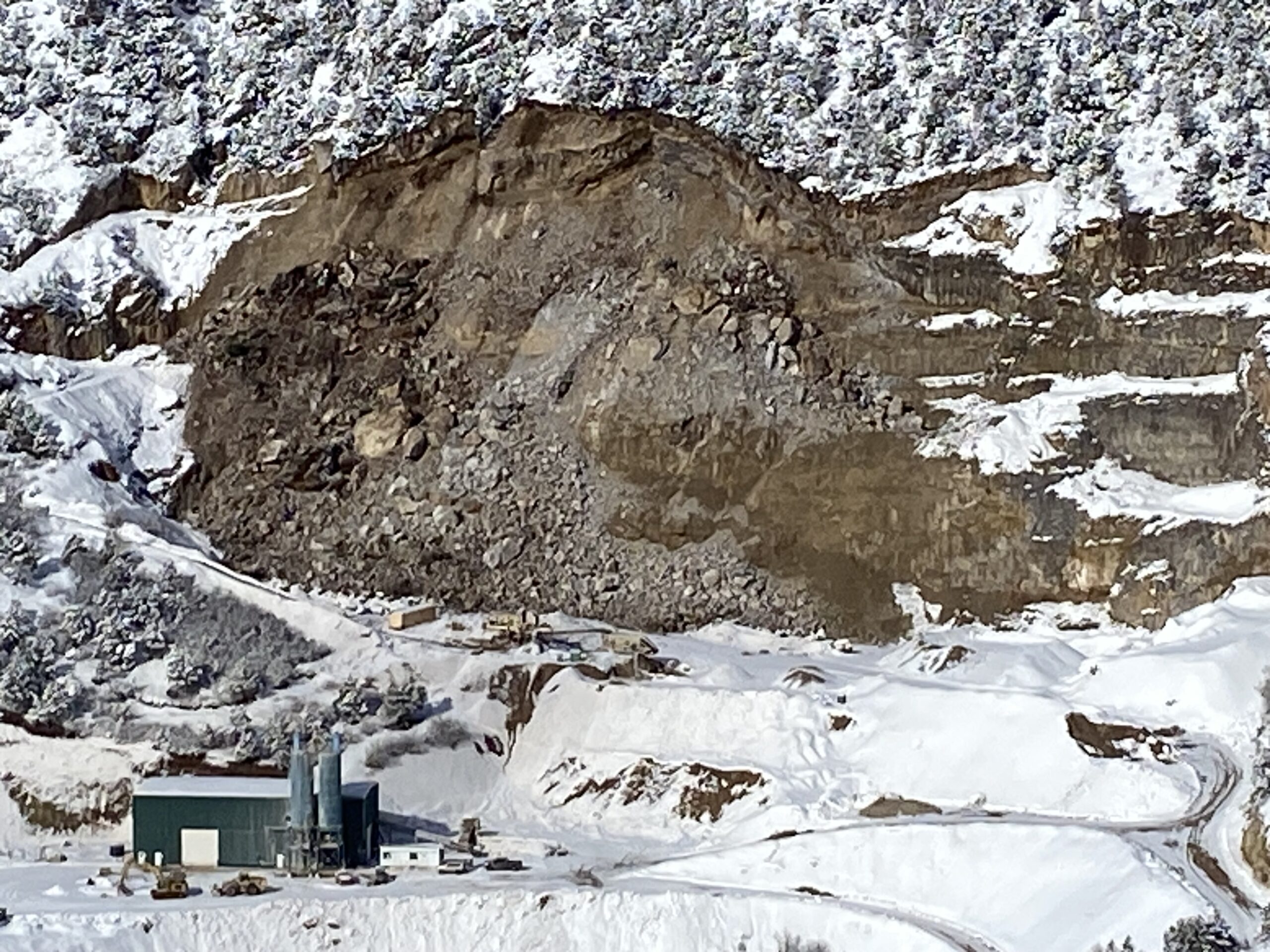 This image of the slope collapse and quarry area was taken the day after the collapse occurred, Jan. 19, 2023.