The Glenwood Springs Citizens’ Alliance sent a formal letter to state and federal agencies on Jan. 20, 2023, requesting an immediate investigation and shut-down of mining operations following the huge slope collapse that occurred Jan. 18 at the Rocky Mountain Industrials limestone quarry.

“There are obvious safety concerns at the quarry, both from further movement of collapsed material and from additional rockfall that could occur from the sharply overhanging edges,” said Jeff Peterson, president of the Citizens’ Alliance.

The GSCA letter “requests an immediate investigation as to the cause of the landslide. In addition, as the quarry is now undoubtedly not in compliance with its federal and state permits and approvals issued by BLM and the State of Colorado, we request an immediate cessation of operations at the site.”

The GSCA letter adds, “At the very minimum, operations should not continue while the applicable federal and state mining and health and safety agencies are investigating the cause of the failure as well as conducting necessary risk assessments.”

The letter was sent to three agencies: the U.S. Bureau of Land Management, which manages the federal land where the quarry is located, the Federal Mine Safety and Health Administration, which regulates mine safety nationwide, and the Colorado Division of Reclamation, Mining and Safety, which regulates mining at the state level.

The letter cites BLM mining regulations that allow the agency to suspend mining operations without going through advance notice if the operator is out of compliance or there is imminent danger to health, safety or the environment.

The Colorado Mined Land Reclamation Act also sets state-level rules requiring mine operators to “ensure the geotechnical stability of all slopes at a mine site.”

The rules require slope failures to be reported within 24 hours, and authorize the Colorado Division of Reclamation, Mining and Safety to take enforcement measures when slope failures occur.

Rocky Mountain Industrials was already under scrutiny from BLM for four noncompliance issues, cited in a Noncompliance Order issued Aug. 30, 2022. The company recently submitted its second attempt at a proposed modification to its formal plan of operations, after its first proposal was found to be incomplete.

BLM is currently in a 30-day review period to assess the completeness of RMI’s new proposed modification; the agency’s review is due by Feb. 6.

“We call on these state and federal agencies to take immediate action in response to this slope collapse. There is too much at risk to allow quarry operations to resume at this time,” Peterson said.

The rockslide has also dramatically changed the profile of the quarry, calling into question assumptions made in the proposed mining plan.

“The permits in place, and the proposals being reviewed, are now obsolete because of this massive slope collapse,” Peterson said. “Mining operations should not be allowed to continue under these now-outdated site plans.”

To read the GSCA letter to state and federal agencies, click here. 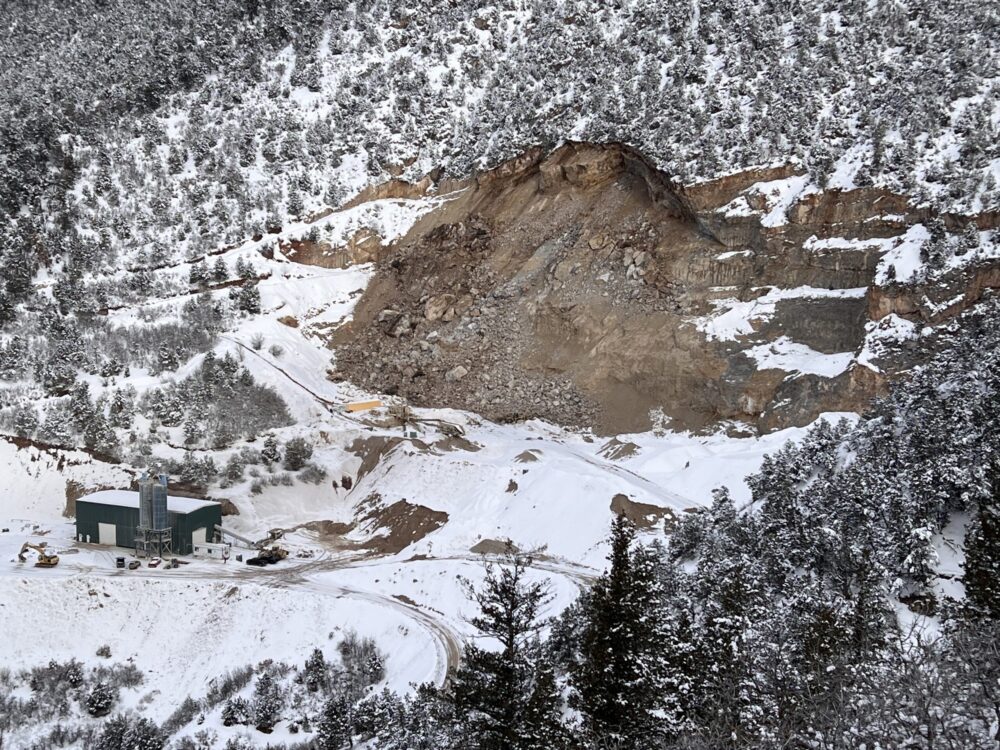 This massive collapse of the limestone rock face at the Rocky Mountain Industrials quarry occurred on the afternoon of Jan. 18, 2023. 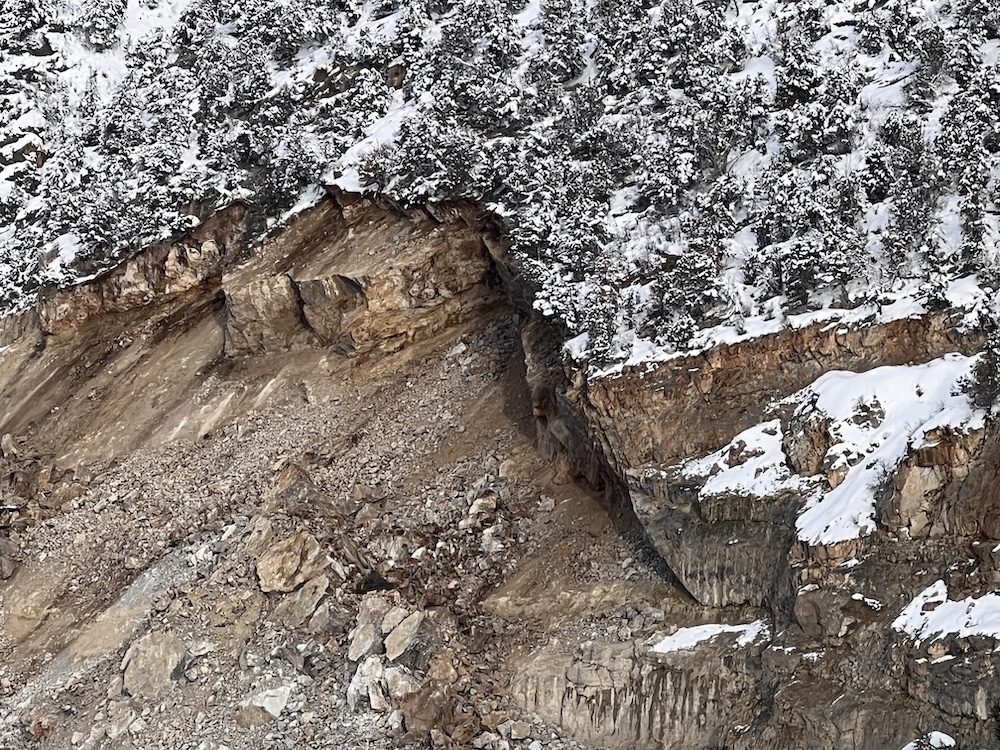 “There are obvious safety concerns at the quarry, both from further movement of collapsed material and from additional rockfall that could occur from the sharply overhanging edges,” said Jeff Peterson, president of the Citizens’ Alliance. 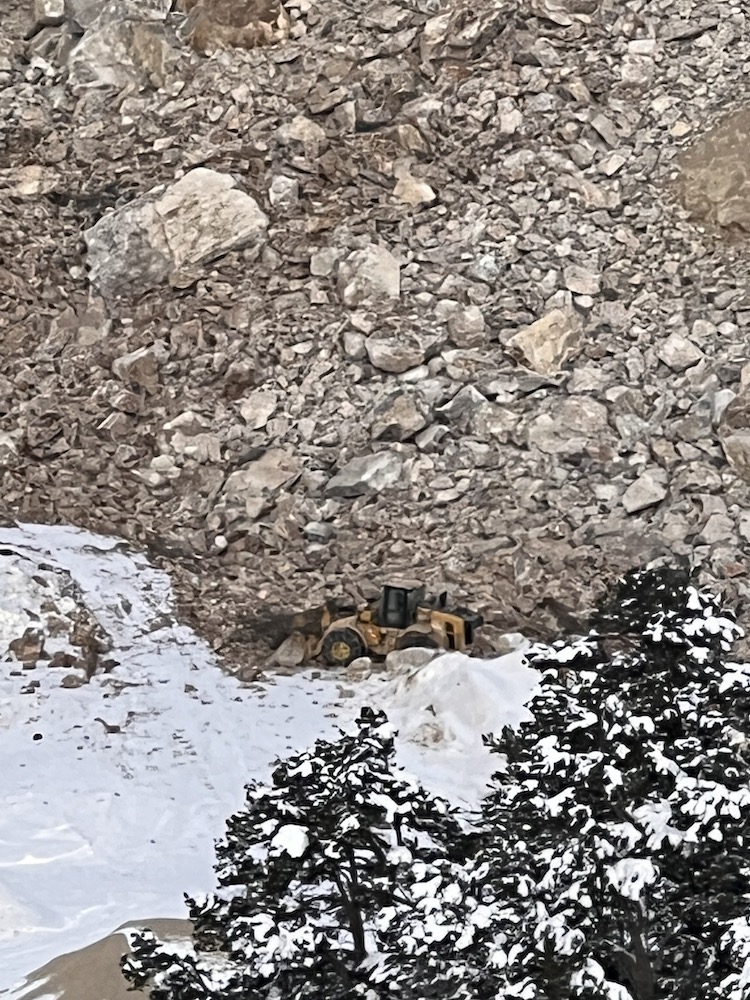 A battered front-end loader sits at the bottom of the debris pile following the massive slope collapse at the limestone quesrry.