In 2018, Glenwood Springs Citizens’ Alliance members observed certain mining activities at the quarry that are not allowed under RMI’s federal mining permit.

The Citizens’ Alliance first raised these issues in a formal letter to BLM in October 2018. The letter asked BLM to investigate suspected permit violations and, if violations were found, to begin enforcement actions or suspend non-compliant mining operations.

From a series of Freedom of Information Act requests to BLM in 2019, the Citizens’ Alliance obtained documents showing that RMI had been mining and selling large quantities of “common variety” limestone without the required BLM mining permit or BLM sales contract.

In March 2020, the Citizens’ Alliance filed suit against BLM, charging the agency with failing to properly regulate mining activity at the RMI limestone quarry.

The Citizens’ Alliance suit is focused on BLM regulation of RMI’s past and current mining operations. It does not address RMI’s controversial proposal for a massive expansion of the limestone quarry.

Attorneys Roger Flynn and Jeffrey C. Parsons with the Western Mining Action Project of Lyons, a non-profit public interest law firm specializing in mining issues in the West, filed the suit on behalf of the Citizens’ Alliance. The firm is working on a pro bono basis. 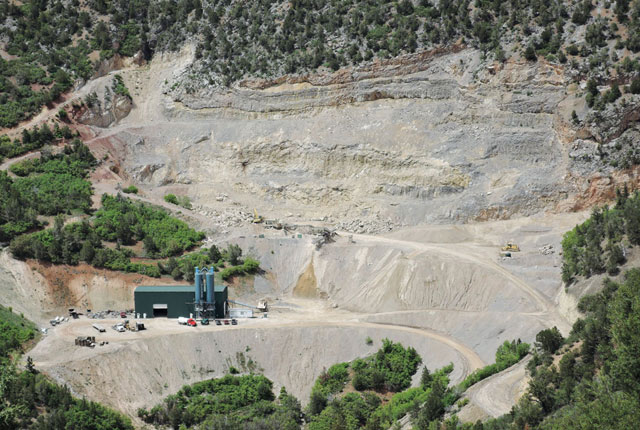 What has happened so far:

May 12, 2020: BLM, represented by the U.S. Department of Justice, files a motion to dismiss for lack of jurisdiction.

May 22, 2020: Garfield County files a motion to intervene in the case, in support of the GSCA and to represent broader interests of the entire county.

June 11, 2020: GSCA files a motion to seek a limited-scope discovery of BLM documents based on issues raised in BLM’s May 12 motion to dismiss.

A copy of the March 10, 2020, complaint filed in U.S. District Court can be downloaded here.

“BLM has allowed RMI to extract tons of common variety limestone from our public lands, at the public’s expense, for more than three years. BLM has bent its own longstanding rules in allowing this, favoring the profit-making needs of a single company over the broader public interest. BLM is violating the law, and it needs to be stopped.” -- Jeff Peterson, Executive Director, Glenwood Springs Citizens’ Alliance

Details of the suit focus on the difference between two types of limestone being mined at the quarry, and on federal laws that govern extraction of limestone from public lands.

Companies seeking to mine “common variety” limestone must obtain a federal permit for that purpose. They must also secure a Mineral Materials Sales Contract to pay BLM fair market value for the rock.

Under these laws, BLM can authorize a “common variety” permit only if the mining operation is not “detrimental to the public interest,” fully protects public lands resources and the environment, and minimizes damages to public health and safety.

In 1982, BLM issued a “valuable mineral” permit to Mid-Continent Resources to quarry chemical-grade limestone at the site for its coal mines near Redstone. That permit carried over to the next owner, Cal-X, in 2009, and to Rocky Mountain Industrials in 2016.

In its lawsuit, the Citizens’ Alliance contends that RMI has been mining and selling both types of limestone since it acquired the mining operation in 2016.

RMI sales receipts show that for the 15 months from October 2016 through December 2017, along with May and June of 2018, RMI produced more than 2,150 truckloads of rock. Nearly 60 percent of all sales were road base, riprap, backfill and other common variety products delivered to local contractors.

The Citizens’ Alliance has requested that BLM release the reports for RMI’s other sales in 2018 and through 2019. To date, BLM has refused to provide those documents.